“Give me Liberty or give me Death!”
– Patrick Henry

Sunday was a cosy, grey, and rainy day that Jeff and I spent mostly indoors in comfy clothes so when Monday rolled around I felt a little stir crazy. Our internet was (for real this time!) hooked up first thing in the morning, Jeff had a meeting at work, and I was caught up to where I wanted to be with my work. So, after glancing around the flat and then outside at the mostly nonthreatening weather, I grabbed an umbrella and headed straight for the West End.

I was feeling a long stroll so I walked all over Covent Garden, before heading down through Westminster, and straight into Liberty.

Liberty is a gorgeous…calling it a department store almost seems an insult even though that’s what it is. It’s one of the old-school stores of the late 19th century where different items are housed in entirely separate rooms, the stationary does not mingle with the jewelry and the products are sourced directly from their manufacturers, eclectic or high end. There is wonderful mix of both designer works and artisanal items as well.

The store is renowned for its print fabrics, which originally were sourced from the Orient during the Art Nouveau period, but that they still make and house in their charmingly named Haberdashery room. The famous building itself is 1920’s Tudor revival with wooden floors and panels, stained glass panes in the windows, and working fireplaces. 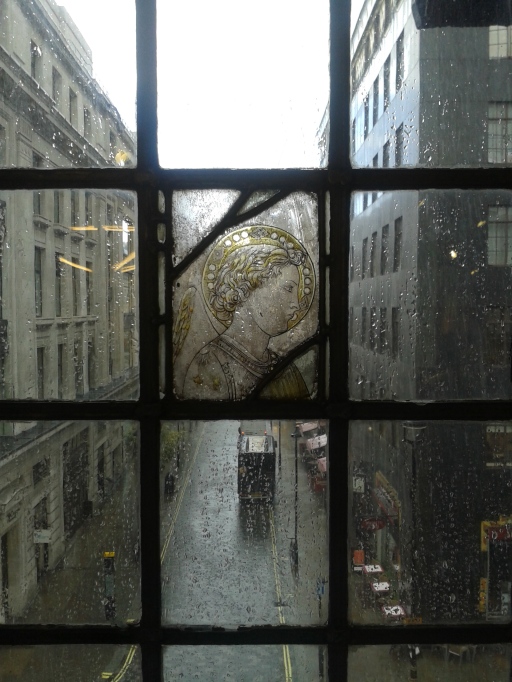 As it happened, I got inside just in time because it started hailing furiously! Luckily I was protected from the downpour and able to get a head start on planning the upcoming birthday and holidays present campaign. And, I admit, doing some fantasy Wish Listing of my own. 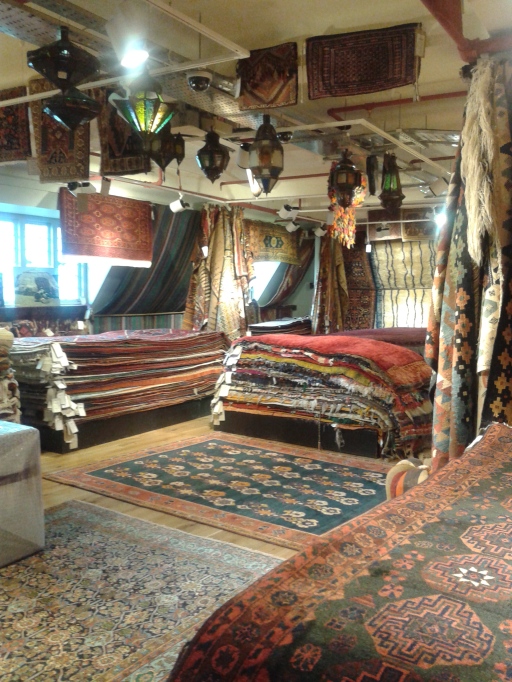 The top floor is an anthropologist’s dream! African tribal goods, Persian marble relief carvings, statues, fountains, antiques, Morrocan tiles, you name it! This room would likely give my Dad, a collector of rugs and carpets from the Middle and Far East, heart failure with joy. Though admittedly the prices might just give him heart failure period.

Jeff caught up with me after his work meeting and as he’d finished his home study assignments for the day as well, and as they weather had cleared up, we wandered for the rest of the evening. Down through Regent Street and Oxford Street, and eventually all the way down to the Houses of Parliament before finally meandering home. I’d originally intended just an hour or two out and about, in the end I spent over six out just walking through London.

*Pardon the cellphone quality photos, if I’d know where I was going I would have grabbed my camera. But adventurous rambles can’t really be planned, you know!