“Being a woman is a terribly difficult trade since it consists principally of dealings with men.”
― Joseph Conrad, Chance

Hi kittens, it’s been a while since we had a links post dedicated almost entirely to lady-rage, so let’s do that. It’s a bit exhausting to be living in an age of real-time…everything. It feels as if we don’t get breaks between scandals or bombshells anymore and that can wear us down (or me at least), but the one bright spot is that a lot of things can also be confronted in real time now. Behaviors and trends that have been allowed to percolate in the shadows are now seeing sunlight. It’s ugly to witness what has been tolerated or protected for far too long, sometimes, but necessary to go through.

Let me know what you are doing this weekend in the comments! I’m working on a freelance assignment and lounging. I may do some laundry and talk Jeff into helping me clean the bathrooms if I’m feeling really frisky! 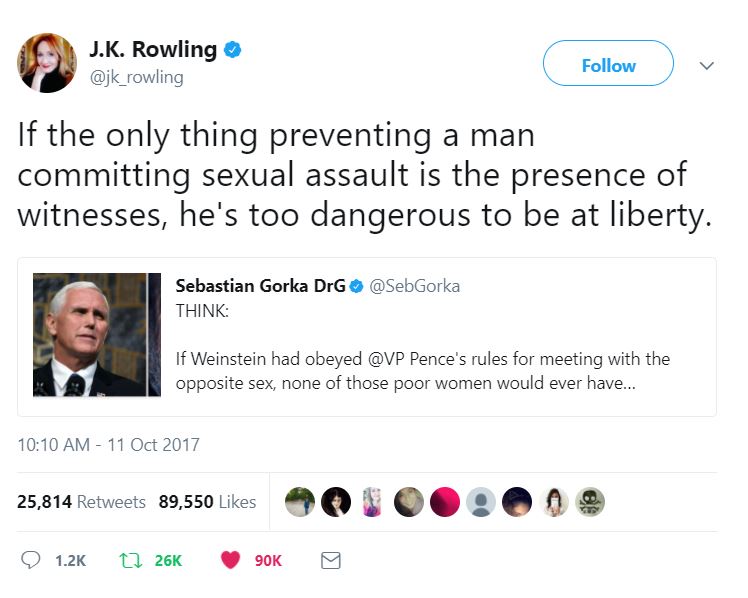 Fuck this noise! Whenever friends or family members ask me when I’m moving back to the states, my default answer has become, “You do know I have healthcare, birth control, and maternity cover options here, right?”

The reactions to this game’s release are…telling.

So excited about this! I loved Planet Earth II and Sir David Attenborough’s voice is the most soothing to doze off to whilst watching documentaries.

I don’t think I covered this in last week’s links so let’s talk about Harvey Weinstein and long-running rumors bursting into the light.

The Cut talks about why it took so bloody long for years of rumors to become confirmed fact, including what women are up against in trying to go up against a rich and powerful man and why they are doing so in the current cultural moment.

Speaking of, yes. Let’s please talk about the radicalization of white men more. Like, now.

Because this shit is happening while white guys are buying arsenals and no one bats an eye until a mass shooting suddenly “just happens.”

To summarize: sorry, patriarchy, we’re coming for you.

There’s a new true crime podcast to fall for…and I’m preparing to lap it up with a spoon.

Goodness. I don’t need this. And yet…

David Frum sums up my worst ideological fears. A horrible president is bad. If military figures circumvent a president’s constitutional authority, a historically bad precedent is set for future generals to do the same–perhaps for less altruistic reasons. We have a civilian commander in chief for a reason…I have not yet grappled with what that means for someone like me who is certain that the current incumbent is doing harm to both the office and national prestige and safety. Where do I draw a line if I believe that, in wanting perhaps to do the right thing, military leadership permanently damages the powers of the presidency now in a way that may come back to bite us all?

Album of the week: Masseducation by St. Vincent