Starting from when I went to university and getting increasingly worse as time went on, Church attendance had pained me for years. There was a particularly memorable length of time where I came home from every single service either in tears or enraged by something that had been said over the pulpit, taught by a teacher or leader, or even just discussed in the classes that follow the main communion service in Mormonism which is the central part of Sunday worship. I started taking breaks from attendance when we still lived in the States, a week here or even a month there, believing that if I gave it some time and space, the next time I went to services would be better. Almost inevitably it was not and often it was worse. A sermon would be preached proclaiming things to be true that I believed deeply to be false. A teacher would cite centuries of Church leadership stating a position I thought fundamentally wrong. Stances I held because I felt them to be right and good were decried as dangerous or even evil. Meanwhile, my own research into history was complicating the many, more simple stories I had been taught about my faith all my life.

This wasn’t a one-time thing, it had lasted the better part of a decade. It was spiritually and emotionally draining, and the cognitive dissonance was strongest on the weekends. I came to dread the Sundays when we did attend services as the results were usually bad, and Sundays when we didn’t I spent at home whipping myself into a mass of Puritan-descended guilt. I felt for years that something was wrong with me for thinking and feeling the way I did and having the questions I had. I felt ashamed that I had not been able to find the same answers within the faith that almost everyone important in my life had, and embarrassed to be struggling with a problem that, as far as anyone else could tell (whichever side of faith divide you fall on) was entirely in my own head. To a lot of outside observers who shared their thoughts on the matter with me, it should have been easy to decide either to stay or to go. It wasn’t.

The last time I attended services was here in London.

In news which is not in the least groundbreaking, Mormonism has a major problem with racism in its history and in ways that affect it right up to the present day. Black men could not be ordained to the lay priesthood until just eight years before I was born, and both men and women of African descent were excluded from the most important parts of worship in Mormon temples–which is, by the way, fundamentally necessary in the LDS view of salvation. Meaning it was a valid theological question whether or not black people even got into heaven, and if they did, in what capacity. There are decades of recorded statements on the matter that black men and women did not qualify to enter heave except as “servants.” Cringe.

The LDS church has been attempting to formally address some of the troubled or troubling aspects of its past through a series of essays over the past few years, and I give it a lot of credit for confronting many of these issues head on using good scholarship and historical citations. It has not always done so. One of these essays concerns the history of what has been come to be called the “Priesthood Ban,” though I find this problematic since women are not ordained to the LDS priesthood at all and as mentioned women were just as excluded from what are considered saving ordinances. In some academic circles the more accurate term of “Racial Ban” has gained traction, and it’s the one I use. This essay goes on to explain that a number of folkloric justifications for the Racial Ban developed in the LDS community over the years (quite true) and that church leaders today disavowed those previous statements and reasoning (this essay was the first disavowal I have ever seen, and is fairly weak, but I’m willing to take the intention in good faith). It’s a long overdue piece of writing, and doesn’t go far enough in clearing up the decades and centuries of racially tinged folklore and official teachings of the church, in my opinion, but it’s a step forward. 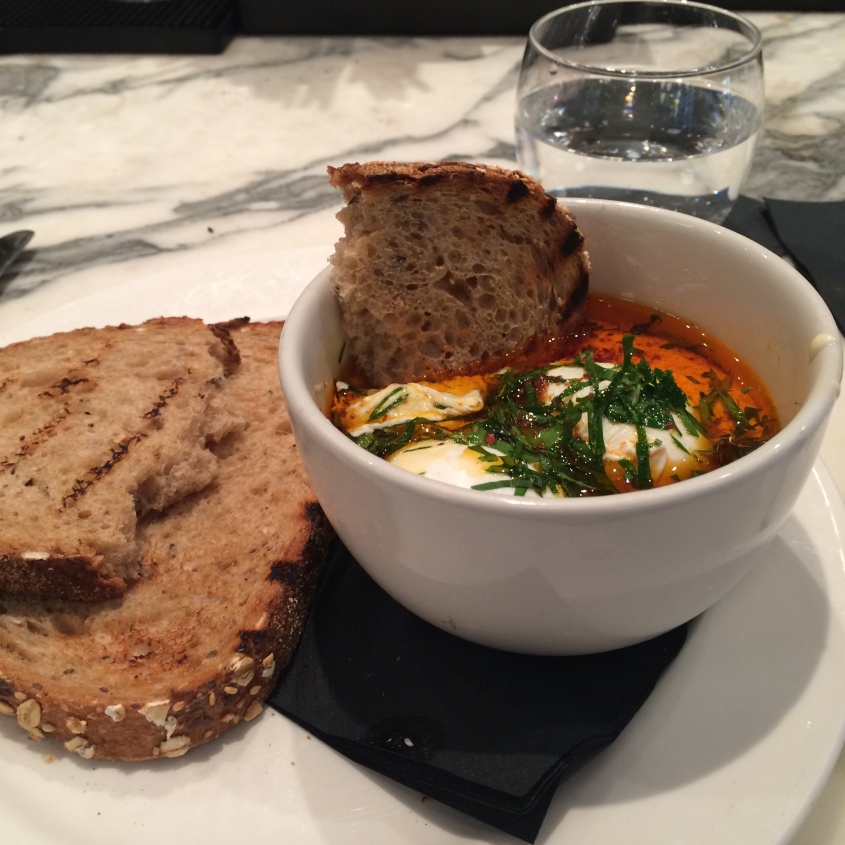 It was after this particular essay had been released that Jeff and I made the decision to give LDS services in London a real shot. We’d only attended church sporadically for the first few months of living here because I was frankly burned out from leaving services crying or ranting, and Jeff was not far behind me in exasperation, though he was much less vocal about it. Nevertheless, it was worth a shot recommitting ourselves to regular attendance, we decided, and so off we went one December Sunday with a renewed sense of dedication and a quiet uptick in hope. Perhaps all the frustrations were mostly our fault and if we shut our mouths more often and tried listening instead, we’d notice the things that bothered us less and the things that uplifted us more.

Plus, we were a bit lonely. Growing up in the military meant that the Mormon congregations we attended were a massive part of my family’s social structure. No matter what country we moved to, we were assured of finding an instant community of people ready to welcome us with open arms. As adults and expats in our own rights now, Jeff and I were missing that community, having found nothing to replace it with. The congregation we were assigned to at the time was in South London and almost entirely made up of first or second generation African or Afro-Caribbean immigrants to the UK. There seemed to be a couple of expats and a lot of people from “somewhere else” as we were so I was hopeful we’d find a group of people with similar experiences to us who would have a lot of wisdom to share.

The day in question, just before Christmas, it so happened that the Sunday school teacher was a visiting white American man who, rather than teaching the lesson topic he had been assigned, decided to expound to the congregation (of, again, almost entirely black members) his feelings about the recently released race essay. They were not entirely positive and the main gist of this speech was that he was puzzled that leaders had “disavowed” the teachings he had always “known” to be truth. I could have felt more sympathy for him if he had not gone on to lecture the members as to why “you people” were not able to be ordained to the priesthood, citing the very folkloric teachings the essay tried to distance itself from as truth, and growing more animated in the defense of those racist theories as he went on.

I sat there for as long as I could but at some point I got up, found the bishop in another part of the church, apologized profusely for what was about to happen, and burst into tears. After first assuring himself that the teacher got back on track to his appointed teaching topic, that kind bishop sat and listened to me as I sobbed for an hour about how for years, every single time I had entered a church building, I had heard a lesson like this. Racist, sexist, politically tinged in a way to make me wince, anti-LGBT in ways that violated my conscience, and so on. I was (and remain) deeply conflicted that as a white, admittedly privileged woman, I had felt offended where clearly people who had far more cause than me to be were not, but as I explained to that patient man, my reaction was not the result of that one hour, but the years proceeding it. Church did not feel safe for me, and I genuinely felt that there was no place for me in the organization I had been raised in. I fundamentally disagreed with too much of it, and as time went on the disagreements and dissent were getting bigger and bigger. 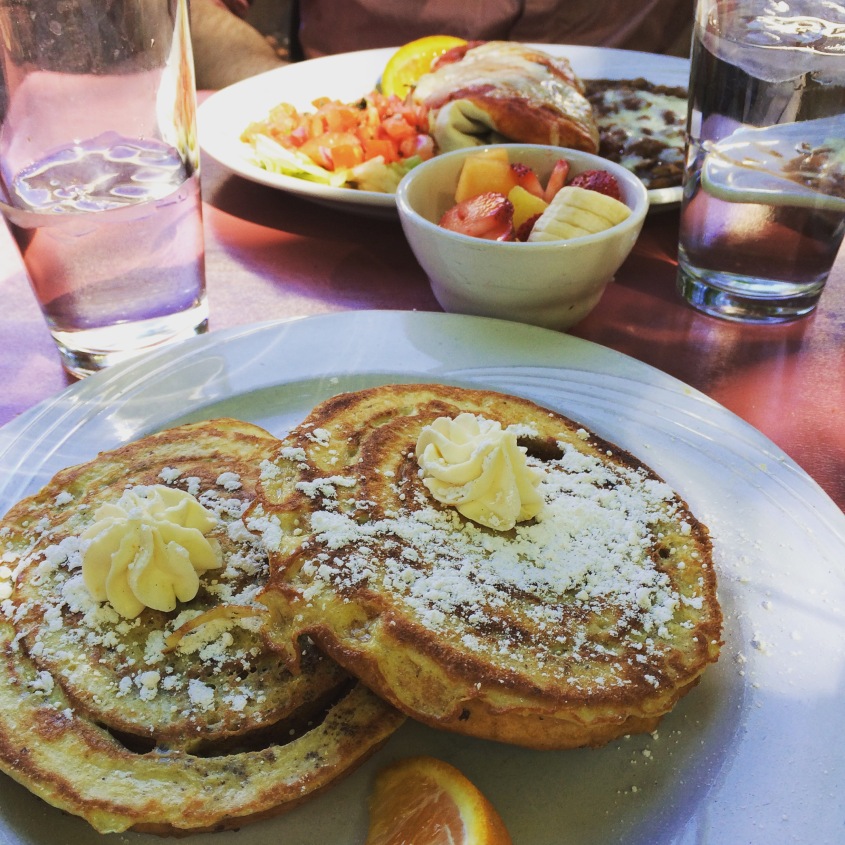 He listened. He acknowledged the social/political/historical divides I felt (even validated a few of them as being genuinely hard to reconcile with the faith). He didn’t try to cite quotes from leaders or scripture at me as previous bishops I had spoken to on the subject had done. There was genuine love and sincere care in the way he spoke to me; it was the kindest encounter I had had with church leaders in years.

And as I said, it was the last time I attended services, unless staying with family or escorting visiting friends. Jeff and I decided to take another break after this particular Sunday, this one intentional and for as long as we needed; guilt was not allowed. We found other things to do on weekends: museums, walks, markets, exploring the city, and just generally being with one another. It was spiritually restful. A few months later, a spate of high-profile excommunications took place that cemented for both of us that the LDS church was not where we wanted to be nor aligned with what we support and believe. We did not believe several of the key truth claims, we could not in good conscience support the leadership on the many public stances they had taken, and neither of us were comfortable with the idea of raising a family in the structure–particularly daughters. Even to keep the peace with friends and family, there was no point in even going through the motions of attendance or participation. We were done.

These days we attend what I only semi-satirically call, The Church of Brunch. On Sunday mornings we now usually go to one of a handful of venues that do a proper Yank brunch–or occasionally get adventurous and try to find a new joint famed on blogs or social media for its protein and carb heavy concoctions. We linger over food. We debate, argue, joke, talk news, gossip about work, and plan for our future. We’ve had some of the deepest and most meaningful conversations of our marriage over pots of tea and avocado toast (sausages and waffles on his side). We often include friends, growing the new community we are trying to build for ourselves as proverbial strangers in a strange land, but more often we use it as a time to reconnect after long weeks focused on careers.

It’s not a global network or system of belief, and I suspect most people would probably laugh about it if I tried to explain it to them, but the Church of Brunch has done me and us a lot of good. It’s filled a gap and created a safe space in a time slot that was previously dreaded and painful. It’s reliable, uncomplicated, and good in the way that simple, basic things often are. We plan on including future friends, children, and even strangers (we strike up the oddest and best conversations with our co-diners). And it’s delicious. We expect to be devotees for a long time.

7 thoughts on “The Church of Brunch”