“First thing we do, let’s kill all the lawyers.”
– William Shakespeare

Both my father and father-in-law are lawyers, lots of my friends parents are lawyers, I grew up amidst a plethora of lawyers, dumplings.  Charming one and all!  I never understood the all-consuming hatred some people have for lawyers… until I worked for a police department.  Now in the cosmic scheme of things most lawyers come just above tabloid journalists and other assorted media vultures, followed by cockroaches.  Which, as everyone knows, are the most horrifying, revolting, filthy concoction of vileness God ever turned out wandering-

But I digress.  Lawyers.  I am fully aware that most are decent and lovely people (this means you, Dad) but somehow I never seem to come in contact with those types professionally.  For instance!  The one who called me today and explained how he was representing the victim of some property damage.

He wanted to know the process of personal conflict mediation on campus and I explained and offered to direct him to the proper department, but no, that didn’t answer his question.  Perhaps I could take him through the process of punishment for such behavior on campus?  I explained that if the incident was a criminal matter then charges and citations would be taken up (as they always have been) by the district court, but internal university matters had a separate office for working through such things, perhaps Master Lawyer would like their information?  But that didn’t help either.  Finally I asked what exactly it was that I could help him with.
“Well, the two parties came to an agreement about repairing the damage, but that the other party has now refused to make any payments.”
“I see, but I’m not sure how I can help, sir.”
“What we were thinking…that is, we thought that maybe…perhaps that you would be able to punish this person…”
“I’m afraid I don’t follow, sir.  As I said, that really would be a matter for the courts-”
“No, what I mean is, perhaps the university could put a hold on his student account to keep him from going to classes or anything.  You know, to help us exert pressure on him?”

Which is precisely when C. the Chipper and Helpful Office Assistant turn into Humorless, Schoolmarm-ish Small Dog of the Raised Eyebrow.
“Just so I understand, you are asking for my help in involving the university in a personal dispute between private individuals, where the police department has absolutely no need and the university no right to interfere?”
“Er-”
“Or, more plainly, you’re asking my help in getting the university to bully this other party for your client?”
“Ah.  Yes?”
“I can’t – won’t – help you with that, sir.  And nor can any other university employee I’m afraid.”  Quick transition back to Chipper and Helpful C..  “Is there anything else I can do for you?”
“Um, no, I don’t think so.”
“Have a nice day, sir.”

Faugh!  What correspondence school did you get your “law” “degree” from, pray?

“The first thing we do, let’s kill all the lawyers.”
– William Shakespeare, Henry VI

Madame, what were your feelings towards the defendant, this law student before you?  Are you sure there was no animosity towards him?  You are willing to testify that you do not think badly of those who practice law?  Really?  You respect and admire all lawyers?

Exhibit A, your conversation of this morning in our office:

“Oh, I know him!,” you exclaimed, overhearing our employees talking about a third party person.  “He’s studying to get his Judas Doctorate.”

Ladies and gentlemen of the court, Freudian Slip much?

Allow me to disabuse you of a seemingly common notion: the internet is not anonymous.  No really, it’s not.  Yes, there are steps you can take to protect your identity and privacy, but anyone who really wants to figure out who is posting those trollish comments at the bottom of a youtube video probably can.

From a police perspective, this anonymity myth is particularly funny.  We’ve had instances with theft that we’ve traced from Craiglist, and abuse of animal carcasses (not as kinky as it sounds) that we’ve tracked from Facebook. The bottom line is, if you do something wrong and then publish photos, accounts, or step-by-step instructions somewhere online, it is really easy to find you and punish you. 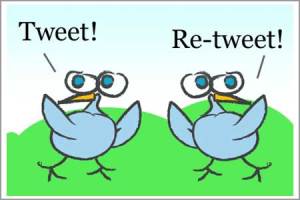 So, when a kid shared on Twitter that he was jumping curbs in his car to park in visitor and handicapped parking, it was the work of a mere moment to look up his name on the campus directory, see what car he drove, and slap a ticket on it.  And when he came in huffing and puffing about why he’d got a ticket because “he hadn’t done anything wrong,” it was immensely satisfying to tilt a computer screen at him to display his own confession, broadcast for all creation to see, and watch him turn 12 shades of red.

Truth is, dear World At Large, if you really are so silly as to tell everyone what you’ve done and where you are, do expect someone to show up and hold you accountable.  Because someone probably will.  And if you are really so narcissistic that you have to share every detail of your life, even your petty criminality with us, you have much larger issues to deal with.

Yours with love,
C.