It’s May, the lusty month of May
That darling month when everyone throws self-control away
It’s time to do a wretched thing or two
And try to make each precious day, one you’ll always rue
– Camelot

Another month has whizzed past us! Here are the things I loved and got me through May, share your own finds in the comments.

I confess that I have been sleeping on this show and I. Am. Sorry! It was on the long list I have of pop culture to be consumed but for various reasons I’d never gotten around to it until the minor Twitter saga this month when the show was cancelled before being optioned and picked up by another network–all within a couple of days. Obviously I had to make up for lost time by mainlining the series. It’s fantastic and the characters are a joy. Terry is a loving family man, who happens to be gorgeously jacked for both aesthetics AND humor. Charles is a nice guy whose weirdness is teased but also actively embraced, instead of being a venue of mocking and bullying. Gina is a rockstar. Amy is a type A control freak (whom I relate to on a level that left my husband howling with laughter) who is also really, really good at her job and whose ambitions are celebrated. Jake is immature but grows as a character–and also is fundamentally kind and decent in a way that most male lead characters on sitcoms are not written or allowed to be. Every character gets an arc, the running gags are legitimately hilarious, the side characters are as great as the main ones, the vibe is aggressively good willed. One of the things I absolutely adore about the show is the main romantic story between Jake and Amy which is both realistic in the sense that the characters have believable quirks and foibles, but also is healthy and loving. There is no back and forth drama about their relationship, both are supportive partners (extra shout out for how Jake’s character is written to genuinely rejoice in and encourage Amy’s success and ambitions in a way that is not in the least pandering but actually feels like how a good couple would behave), and their love story feels very…normal. We need more representations of healthy, sweet romance on TV. love this show and I will evangelize for it hard.

Run by prolific British journalists (and gal pals) Dolly Alderton and Pandora Sykes, this weekly news and pop culture podcast is a fresh and decidedly from the female perspective. The hosts review the news, recommend media–especially books and journalistic pieces, and talk about cultural happenings. According to Ms. Sykes, “Our founding mantra is that there is no shame in asking questions – but reading (a lot) can help inform you.” My kind of girl talk! 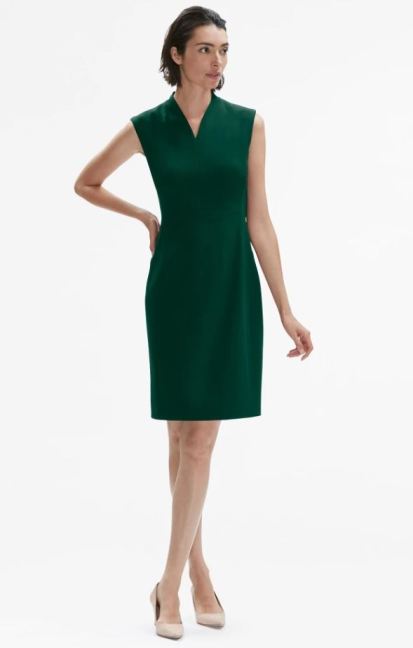 I’ve written about this line before, but I own four dresses from MM LaFleur and hope to get at least a couple more. I’ve been lusting after the Aditi dress in green, pictured above, but am being fiscally responsible. Damn it. Between this company and Everlane, I have built a classy and modern capsule work wardrobe that both makes me feel great and gets a lot of (work appropriate) compliments.

If you were obsessed with dinosaurs as a child–I personally had a cardboard box time machine and a well-loved book on the subject that guided me on my time travels as a tot–this YouTube channel scratches an itch you might not have realized you had. Scientific, thorough, nerdy. Love it. 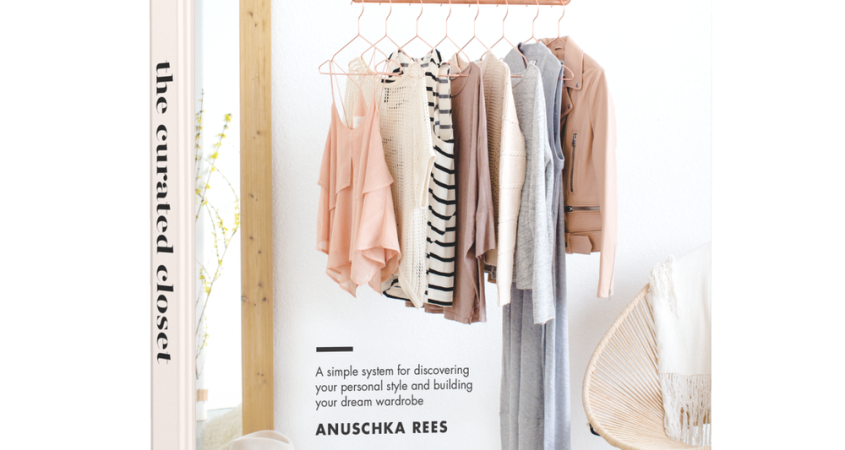 The Curated Closet, by Anuschka Rees

There are lot of books out there on personal style, many of which are unhelpful, lazy, full of tired language and phrases, and often a marketing ploy to sell more of the author’s products or services. This book is actually a thoughtful take on organization and strategic wardrobe building that I enjoyed and found helpful in reorganizing my closet. Again. Because I am Brooklyn Nine-Nine’s Amy Santiago and things like organization and planning make me super excited.

4 thoughts on “Five Things I Loved in May”

When you want to be comfy but also serve big oops-my-husband-died-mysteriously-and-somehow-I’m-rich-now energy.
Merry Christmas, ducklings.
The final touches before we commence in the kitchen!
Me right now…
Hi, Paul!
Scenes from the weekend.
My best friend’s wedding photos have dropped and I’m crying because she’s a precious, glorious beauty angel. Also, no offence to my newest brother-in-law but I’m legit considering cropping him out of this one. Love you, Yaz! (But I was here first 😈)
Thanksgiving indeed!
SOON, honey!
🦊
Hoooo boy.
The kind of inspo we all need as the days get short and the nights cold. Link to the blog in the usual.