“The person, be it gentleman or lady, who has not pleasure in a good novel, must be intolerably stupid.”
― Jane Austen

I mentioned a couple of weeks ago that I made it to a book launch? Well, this is the book

! Kim Curran is another freelancer and writer I met through Twitter (that and blogs, how else do 21st century friendships began?) and finally got to meet in person at her launch, along with a whole host of other London writers. Let me be blunt, she’s fabulous. So is her book and right now it’s available for a limited time on the US Amazon.com site for $.99. Run, don’t walk.

takes place in a near future and tells the story of the powerful social media technology of the same name, a girl who finds herself cut off from it and therefore everything that matters, and the desperate lengths she’s willing to go to belong. As you might expect, that’s when things start to get complicated. 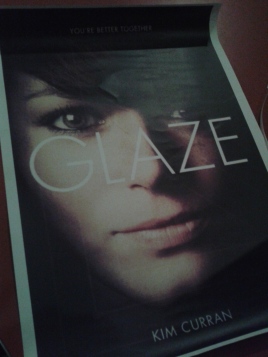 One of the posters from the launch.

More importantly, one of the hilarious pun posters some of her friends and supporters made up.

Freezing rain the blazing hot in a week. Never stop doing you, Britain!
🤤
Never not here for bees in blossoms.
It’s cinco de mayo and I’ve just been hailed on. The great British summer is upon us!
And no credit to the cat, typical.
The three genders.
I always feel like somebody’s....
Outside again, with (blue) bells on.
I have emerged from two days of an aura migraine (first in months) and feel the need to remind myself that I’m alive. Also to make up for several days lost calories. Tonight, we feast!
OUTSIDE. With bonus hope.
Remembering Greece. Probably our best holiday. Bonus husband objectification for you all.
Me, watching WandaVision...