“Do I want to go to an old drive-in movie theatre [called Goochland] in the Virginia backwoods? What kind of question is that? Get in the car!”
– C.

No doubt about it, things are different ’round here. Last week, after a particularly long day getting my sister to a doctor’s appointment and returning to find the internet in a complete state of disarray (not an unusual event around here, but a consistently frustrating one), I spent the entire afternoon trying to input a load of edits for a project I’d been working on and then send it off. I was also putting a bunch of interview information for another project into some semblance of order. It took hours longer than necessary.

So, when I threw my metaphoric pen down and looked up, I and everybody else were in need of some evening entertainment. The family have turned into big movie goers of late so that’s what they suggested. But going to the movies (locally) these days is taking a step back in time. 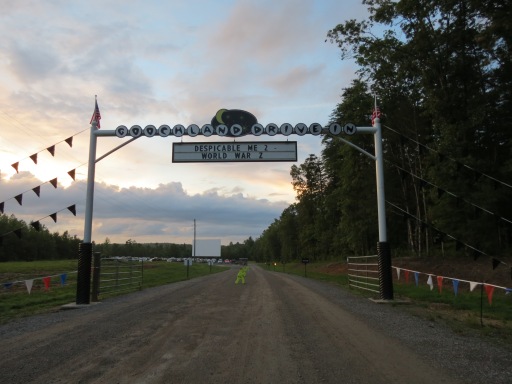 Pay your fare, find your preferred space, tune into the correct radio station for audio, and play badminton until your double feature starts. 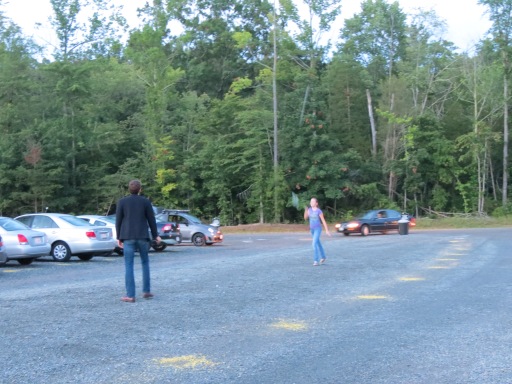 What? How do your kith and kin pass the time in a drive in parking lot, then?

Hands down the best thing about Goochland is that they do things old school! Cartoons before previews, animated urgings concerning concessions, and some old Americana (like the famous Keep American Beautiful commercial featuring a weeping Native American). The preshow is just about as fun as the movies themselves and really preserves this form of entertainment nicely.

Our heroine is kidnapped! 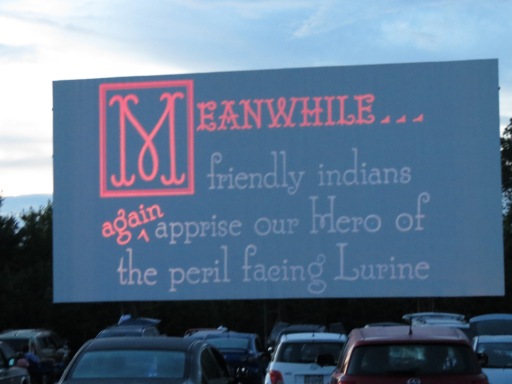 Our well intentioned, but somewhat clueless hero is finally on the way. 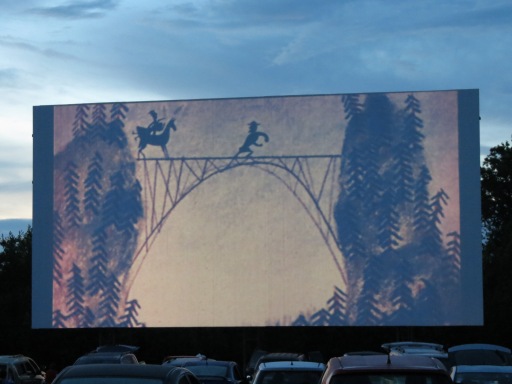 Everything is of course resolved by a quick trip to the concessions stand.

In between features they played old cartoons from the 1960s with villains that looked like these guys:

With everyone’s car radios around you tuned in the movies, the audio is in magnificent stereo and drowns out even the nighttime frogs and bugs. Fireflies add rather perfectly to the atmosphere too. Just pull up some gravel and enjoy! I highly recommend it.

One thought on “Movie Night”