“Lawless are they that make their wills their law.”
– William Shakespeare 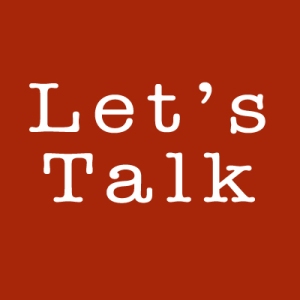 It would be an absolute falsehood to say that I find working with law enforcement to be my ideal job or that it answers the immortal career longings of my soul, but working where I do has given me an appreciation for job that law enforcement officers do.  And trust me, it’s not always a pleasant one.

We had another police officer hit by a car last night while directing traffic because the driver did not want to do what he was being told to and purposely struck him.  Nearly every one of our police officers and student employees were threatened or cussed out at the last sporting event.  This boggles me.  Everyone acknowledges that we need police officers, that the work they do is vital to the running of society for the keeping of law and order, but everyone seems to hate them.  Resent them, even.

My theory about this is that nobody likes to be told that they cannot do what they want to all of the time.  Of course people want to drive as fast as they’d like, they don’t want restrictions on where they can park, and they don’t want to be caught when they steal something…but most of all, people seem to hate having to acknowledge (when they get caught doing any of these things) that what they have done is wrong – even when they have hit another human being with a car.  On purpose.

They are constantly stunned when there are repercussions to their actions, and even after two and a half years of working here, this attitude aggravates me.  Every two year old can throw a temper tantrum when they don’t get their way, but shouldn’t adults be able to acknowledge that having to wait in lines is part of life, and that screaming obscenities and threatening bodily harm may not be the way to deal with it?

When dealing with police, everyone wants to be the exception – can’t you just not report this, can’t you please just let me cut off those 300 people ahead of me, can’t you just let me get away with this once – and the answer is, “no.”  We can’t make you the exception because you are the 47th person to make that very request in the last hour and if we didn’t say yes to them we can’t say yes to you.  And if we do say yes to you, we can’t say no to the next 47 people who ask.

But people hate being told no.  They hate being told that cannot act in they way they want.  And often they refuse to examine the reasoning behind that negative answer; i.e., if I allow you to drive your car through a barricade and in front of a oncoming mass of vehicles you may get injured, and you may injure many other people.  Your actions affect other people, and police exist because so many of those actions or their ripple effects are harmful.

We’ve all had a bad experience with a the fuzz, but take a minute to honestly imagine a society without them.

(Sorry, kittens, but as you can see we’re dealing with some pretty wretched stuff at the department today.  Humor will shortly return.  Hopefully.  In the meantime, let’s all strive to be a little nicer and conscientious today, eh?  There are already plenty of jerks in the world, let’s not them win.)

8 thoughts on “Physics and Philosophy”