Each friend represents a world in us, a world possibly not born until they arrive.  ~Anäis Nin

Once a week my friends from London and I get together, nominally to watch The Office and 30 Rock but really to gossip and catch up and reminisce about England.  I’ll never forgive Marie for going back this summer while I’m here, but I’ll be back in Cambridge for Christmas (this year with a husband.  Weird) so I just have to hold out strong until then. 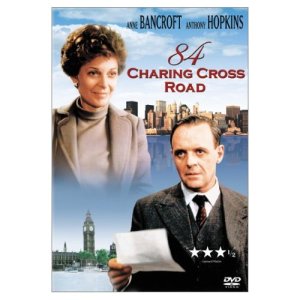 Anyway, in the spirit of Anglophilia, Marie had rented a movie for us to watch and I’m completely smitten!  It’s called 84 Charing Cross Road and chronicles a based-on-a-true-story 20 year correspondence between an American writer and the proprietor and staff of a bookshop in London that specializes in antique books (incidentally, a 200 year old edition of Newton from this place cost less than £5!  Why couldn’t I have lived in the 1940’s?!).  This film is absolutely charming, and I don’t mean it in the patronizing way that word gets used, it’s an engaging, delightful film and you get completely engrossed in the story.  I may have to go on another Amazon.com spree here shortly!  That and the next time I’m in London I’m going to have to find the real 84 Charing Cross, even though I understand the shop isn’t there anymore which is tragic in my opinion.  Excellent choice, Marie. 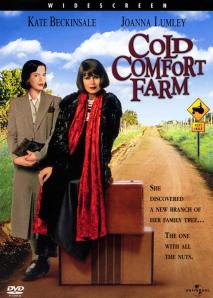 But this incident got me thinking: I’m indebted to friends or circumstance for so many of life’s little gems.  Way back when I was living in Micronesia my friend Biscotti Rose, during one of our many slumber parties, declared, “I have a movie you just have to watch!”  And thus I met Cold Comfort Farm, with some of the greatest English actors working today: Kate Beckinsale, Aileen Atkins, Rufus Sewell, Joanna Lumley, and Sir Ian McKellen.  Years later I bought the novel and laughed even harder at it than the film.

Angel introduced me to a science fiction series that I was initially dubious about.  After all, scifi?  Isn’t that for people who go to conventions, think Klingon is a legitimate language, and don’t make physical contact with the opposite sex until their 30’s?  Not so!  You want a series that delves deeply into human psychology, valor, and vice?  Lois McMaster Bujold is the writer for you.  Peregrine, I maintain, is responsible for much of my cultural happiness.  Even though I resisted her civilizing efforts for years.  She first exposed me to Chocolat and Amelie, plus more books and fine food than I can name!

BBC and PBS stations!  Where would I be without them?  Agatha Christie’s indomitable Belgian detective Hercule Poirot, the upstairs/downstairs dichotomy of London’s 1920’s in You Rang M’Lord?, the hilarious, frantic antics of Hyacinth “Bouquet” (actually pronounced “Bucket”) in Keeping Up Appearances.  I

stumbled upon each of these gems while doing late night laundry across the years and they fulfill my need for British TV (even though You Rang, M’Lord? never shows up here, blast).  I also watched my first opera on PBS when I was 9 and have been hooked ever since. 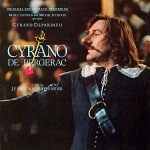 French classes exposed to Gerard Depardieu as Cyrano de Bergerac and Le Comte de Monte Cristo, as well as Marcel Pagnol, and the first time I read Rousseau it was his La Nouvelle Heloise.  I read my first ancient Greek play on a whim after pulling down a random book from my mother’s library, but I was hooked and at 13 I wrote a short play on the ancient model that won me a competition and was produced by Theatre Virginia.

IRS Guy introduced me to a fabulous little restaurant called Gloria’s Little Italy and while he didn’t make it past a second date, Gloria and I have been very happy together ever since.  Peregrine (again!) first took me to Bombay House for Indian food.  J., who lived in Korea for 2 years, has completely addicted me to Korean cuisine and knows the best holes in the wall for oriental food, to say nothing of the local hotspots (he’s lived here longer than me).

What sorts of treasures have you discovered through other people?