“We are stuck with technology when what we really want is just stuff that works.”
― Douglas Adams, The Salmon of Doubt

Hey team, glad so many of your are still with me in spite of the crazy pre-scribbled posts I’ve been putting up (though I hope you have been enjoying the snapshots of local life).

Now, a quick vent. As gorgeous as it is, I understand what various family members have said about it being difficult to live out here. We are a good half hour to and hour away from basic things like grocery stores. And I’m not talking a dash on a suburban road, I’m talking a country two lane-r through the woods without shoulders and usually with at least one moderately size roadkill carcass along the way. Possibly stuck behind a very slow moving tractor.

Picking up my mother’s tasks means that I regularly lose several hours round trip on any given day. I’ve taken on quite a bit of the cooking and cleaning as well, plus I just try to help my family out when I come around to visit because I like doing so. But the most inconvenient thing has been trying to work reliably. It’s ten times harder here to do very basic things than I ever imagined possible. 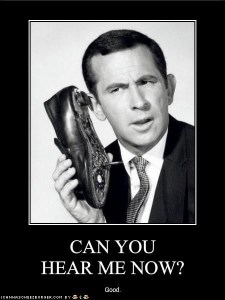 Headache the first: semi-reliable internet. Back West Jeff and I complained about our internet which was, to be fair, not always good. But compared to here in Virginia it was luxurious! The town in which we live (and we live a good 15-20 minutes away from the center of town itself) is far enough off the beaten path that there is no real infrastructure to connect it up. My parents have to make due with a wifi hotspot creator which is so laughably bad it makes me want to cry. First and foremost it doesn’t hold a charge – for reasons the local service provider can’t explain satisfactorily – and second it only broadcasts a signal for about three minutes before dying – for reasons the local service provider also can’t explain. Dad’s already replaced it once in the month I’ve been here and it hasn’t helped at all.

Headache the second: mobile phone service. Mine vanished last Saturday and has yet to reemerge. Calls to the provider only serve to tell me that they are aware and working on it but can’t give me an estimate when coverage will be restored. Causing a minor panic because even though the internet at home is non-existent, I could still get and respond to work emails from my mobile. It’s been three days without that thing and I swear my blood pressure has spiked as I try to scramble to get work projects done borrowing my father’s mobile between his own calls and needs. I’ve started coming into work with him at 7:30 in the morning and borrowing an unused conference room (with permission of course) just to have a place with an internet connection.

I think my data needs rather perplex my family who by now are used to getting by with much less…but when your job is information gathering, blogging, social media management, and being able to respond quickly, the lack of connectivity is a legitimate terror. It’s barely Tuesday and I feel jittery and stressed trying to accomplish what should be quick and easy tasks that now stretch far longer than they should.

On the other hand, all whining can and should be kept to a minimum. Our visas have been approved and are on their way to us. Jeff flies in a week from today, which is an instant balm to my stress level. Weekends without the internet, though initially vexing, are really quite relaxing. Inconvenient work is a pain, but it won’t kill me. It’s also compelled me to learn some basic blogging skills – such as scheduling posts ahead of time, cheers.