I really am surprised and dismayed whenever it is reiterated to me that the general public thinks our department is staffed with morons.  I don’t know where this idea comes from – that anyone who works at/for a police department has the IQ of a deck chair – but really, can we let it go?

Now I admit, some of the officers aren’t the savviest when it comes to modern work practices regarding inter-gender relations, and common sense in administrative details is somewhat lacking, but I must say that they are damned good police officers.  I’d shift a few personalities around if I could, but I’ve never had any complaints about their actual skills and professional capacities. 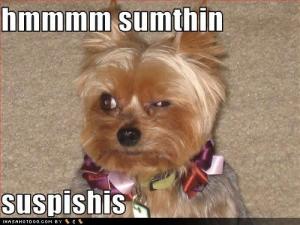 So when you call up the parking office, asking us to remove a car from our records because you won’t be driving it anymore, we take pause.  Because, you see, we have access to your state records and your class schedule.  We can see that you live far enough away from campus that walking could be uncomfortable, we can also see that you are sill enrolled in classes.  We also know that, with your student parking privileges removed, the only place your car could park on campus would be a visitor lot.  And we know that you know that parking in visitor lots while still a student is forbidden.  And finally, we are able to guess that a man still enrolled in classes asking us to remove his parking privileges, while living too far away to walk to campus daily, might be trying to find a loophole for parking in visitor lots.

Most vitally, we know that checking visitor lots regularly for people who have already tried this trick hundreds of times, turns up at least half a dozen like minded people a day.  Here’s your ticket.  Also, I have a Twitter friend for you.

We’re not idiots.  And you’re not as clever as you think you are.  We really have seen it all before, and have prepared accordingly.

7 thoughts on “Another Myth to Dispel”